If it is that important to your business, then you need to invest in something better. Fast, reliable broadband isn’t just a luxury for business; it’s a downright necessity these days! - IT company Peterborough Norwich Sheffield

If it is that important to your business, then you need to invest in something better. Fast, reliable broadband isn’t just a luxury for business; it’s a downright necessity these days!

As both an entrepreneur and an IT specialist, Lindsey offers a blend of deep technical expertise and commercial insight, delivered in language business owners can really understand and trust. She works with clients to provide a full range of services from strategic advice through to project management and infrastructure support.

YES2FIBRE, the campaign we launched some time ago, has given me the opportunity to discuss with many Peterborough businesses the issue of their broadband speed, provision and reliability.

It would be accurate to say that the vast majority remain hugely underwhelmed with their current situation and continued frustration at BT’s apparent unwillingness to provide a speed remotely close to the national average of 17Mbps. Most are lucky to see barely a quarter of that, which is compounded by vague hints from BT that fibre “is coming”! A year down the line there are still enormous gaps in their provision with no demonstrable improvement. We wait for BT in vain I fear!

Fundamentally, the issue with poor broadband at work isn’t for those whose internet use is limited to the occasional email or google search, but for those who are hugely reliant on broadband, need constant access to emails, interaction with business software which is increasingly becoming cloud based or those who work from home and require access to files in the office. For many there is huge benefit from VOIP telephony services, provided they can avoid the pain and suffering that such technologies are subject to over standard connections.

So it was with considerable relief and widespread excitement that we received the news of Peterborough Core from CityFibre in Nov 2013. This network would not just deliver an evolutionary improvement in speeds for business users, but in fact; a monumental jump.

We aren’t talking about the national average of 17Mmps, nor are we the best BT can deliver with their Fibre to the Cabinet (FTTC) of 80Mbps – but a massive 1000Mbps, for both up-speed and down-speed!
For those of us working in the IT sector; wrestling on a daily basis with the effects of poor broadband, watching it strangle the life out of businesses efforts to spread their technological wings, this was a revelation ….. a perfect solution to our customers frequently voiced problems and frustrations. Surely with such an exciting revelation, we would be crushed in the stampede of businesses vying to get the service?

It would appear not.

So, where is the challenge? Why are the same business owners who so vociferously vocalised their complaints not queuing around the block for this amazing opportunity to transform their connectivity, whilst at the same time placating their frustrated employees? The answer is probably simple and the age old one ….. price!

In an environment where we have all been conditioned to pay no more than £30 a month for our broadband, the price of £250 per month for something better seems extraordinarily expensive. Indeed, for normal broadband; it would be extraordinarily expensive, but to coin a phrase- “there are cars and there are cars! This isn’t slightly better, or even much better; it is light years ahead of what we are used to both in terms of speed and reliability.

For most, internet connectivity has slowly and quietly become an absolutely crucial part of business infrastructure; anyone whose internet connection has gone down for more than 30 minutes will appreciate just how utterly disabling and disruptive it is to lose it. It may not happen often, but when is does the question often then becomes; “Is there nothing better Lindsey? We can’t allow this to happen again. We rely totally on our internet to send our quotes and tenders.”
My answer is usually; if it is that important to you, then you need to invest in something better. Fast, reliable broadband isn’t just a luxury for business; it’s a downright necessity these days!

Convinced yet? I suspect many won’t be.

After all, not everyone has such reliance on their broadband and therefore, will struggle to see the benefits for them; preferring to manage on what they have. It’s a perfectly reasonable stance and after all, we need to control our costs. Others however, do have that reliance, do see how their business can benefit from a vastly improved service, do visualise how they can also use this service to gain efficiencies and gain a competitive advantage and for those companies; it really isn’t a substantial cost at all and when cleverly and properly used the service charge can be impressively negated.

The YES2FIBRE campaign was established to get something better for Peterborough business from BT, and in that respect we have failed! We found BT to be immovable, unresponsive and frankly infuriating to deal with.

What Peterborough Core has presented to us however is far in excess of our desires and expectations and far from being a “pie in the sky” proposal; the network is being placed in the ground at this very moment. It should also be noted however, the network will go only where demand is demonstrated.

For some areas of Peterborough such as Lynch Wood and Orton Southgate this is has not yet been demonstrated and there is a real and present risk that we shall be stuck with the immovable and unresponsive BT as other commercial areas of Peterborough who did seize the opportunity take the advantage.

I implore you- don’t be left behind again! 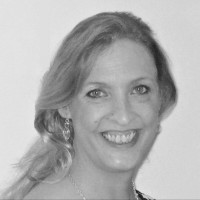 As both an entrepreneur and an IT specialist, Lindsey offers a blend of deep technical expertise and commercial insight, delivered in language business owners can really understand and trust. She works with clients to provide a full range of services from strategic advice through to project management and infrastructure support. Lindsey is an accredited Cyber Essentials Consultant

To employ or not to employ? Factors to consider when looking for IT support

EasylifeIT is recertified for Cyber Essentials

Can I get some help with Microsoft Teams?

How secure is my office Wi-Fi?

This website uses cookies to improve your experience while you navigate through the website. Out of these, the cookies that are categorized as necessary are stored on your browser as they are essential for the working of basic functionalities of the website. We also use third-party cookies that help us analyze and understand how you use this website. These cookies will be stored in your browser only with your consent. You also have the option to opt-out of these cookies. But opting out of some of these cookies may affect your browsing experience.
Necessary Always Enabled

Any cookies that may not be particularly necessary for the website to function and is used specifically to collect user personal data via analytics, ads, other embedded contents are termed as non-necessary cookies. It is mandatory to procure user consent prior to running these cookies on your website.